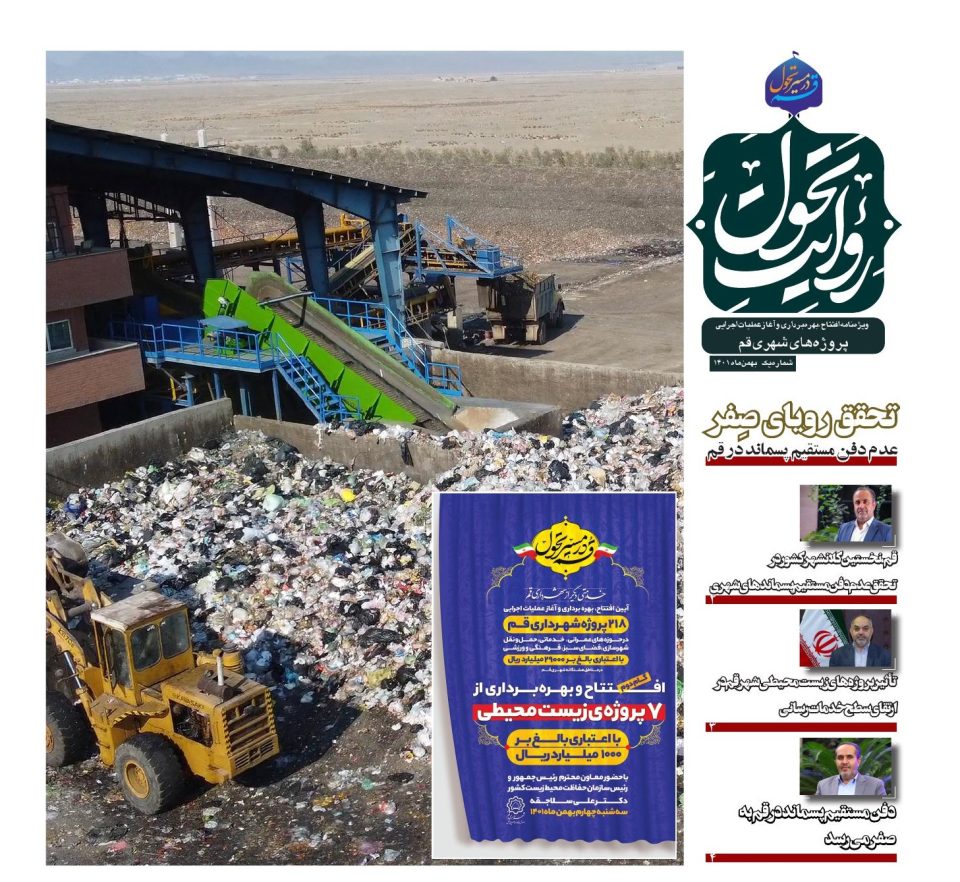 The special issue “Story of an Evolution” was published in coincidence with the second step of the new phase of the great project “Qom on the path of development”.

This special report aims to inform about the actions and plans taken by the Qom urban management group in the opening, and exploitation of urban projects.

It was prepared with the efforts of the General Department of Communications and International Affairs of Qom Municipality.

The first issue of this special issue was prepared and published concurrent with the second step of the new phase of the “Qom on the path of development” project, with the opening of seven environmental projects of the Qom Municipality.

It was also unveiled in the presence of the vice president and the head of the country’s Environmental Protection Organization.

The editorial of this special issue with the title “Realization of the dream of Zero”, penned by the mayor of Qom, the infographic of waste management activities along with news from the deputy division of municipal services and environment, the head of the urban services and pilgrim affairs commission of the city’s Islamic council, as well as the description of environmental projects in a talk with the CEO of the waste management organization, are among the contents that have been published in this special issue.

According to the plans, with the implementation of the new phase of the project “Qom on the path of development” in 10 steps, more than 218 urban projects with a credit of over 29,000 billion rials will be put into operation in the city of Qom.

You can click here to read this special issue.