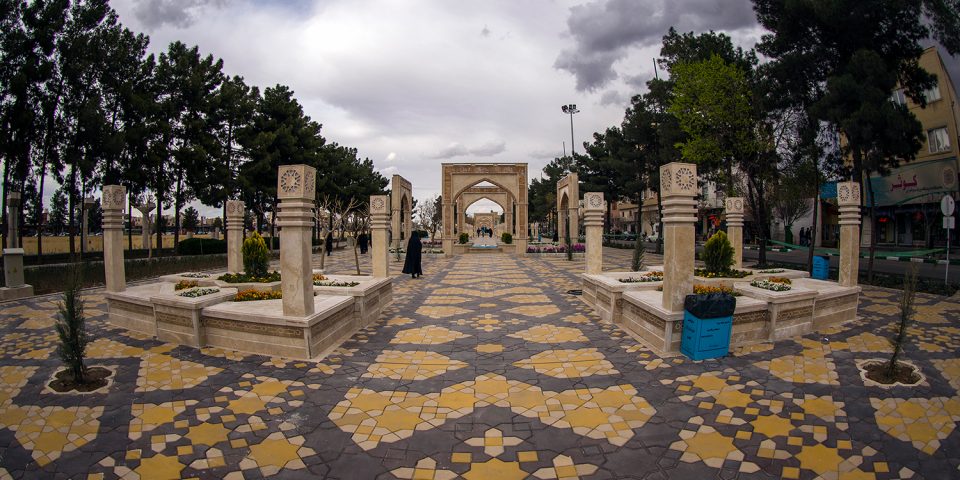 Qom is located beside the desert at 140 km south of Tehran with the height of 930 m above the sea level in an arid region. It enjoys a desert and semi-desert climate. Summer is warm and arid and winter is nearly cold in this city. Qom consists of 5 parts as “Jafarabda”, “Khalajestan”, “Salafchegan”, “Kahak”, “Markazi”, one city and 9 rural districts.

This city is the 8th populous city after Tehran, Mashhad, Isfahan, Tabriz, Karaj, Shiraz, Ahvaz and second religious city after Mashhad and also one of the main centers of Silk Carpet, Sweets and Sohan production in Iran and all around the world located among Iran transportation roads which connect the industrial cities to Tehran, on one hand, and link the southern provinces and cities of Iran to the northern ones, on the other hand.

Qom, one of the most significant desert towns, is of the main poles of developing pilgrimage tourism in Iran.

This city is one of the biggest centers in theology and religious ritual training with a privileged position in religious, political and social development progress in recent decades. Beside the religious, pilgrimage and historical attractions such as ancient and historical holy shrine of Hazrat Masoumeh, the daughter of 7th Shia Imam, Jamkaran mosque, more than hundreds of other Shrines, Islamic seminaries, significant historical mosques, educational and international institutes and natural attractions are the cause of people immigration to this city. Agriculture, animal husbandry, traditional and modern poultry are common in Qom from the past.

The people who live in Qom speak in Farsi with Qomi dialect, although other nations with different religions, languages and dialects live there, too. Most of the residents are Muslim and Davazdah Emami Shia.