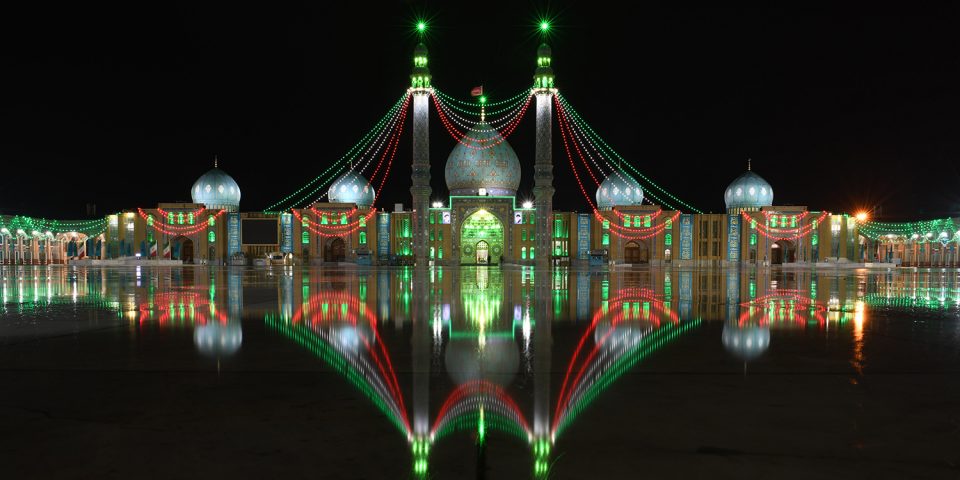 Located near Qom, the mosque draws pilgrims from all parts of Iran as well as other countries, who stream in to Qom where all roads head to the mosque on Tuesday evenings.

The Mosque was built in the year 393 AH (1003 by the Gregorian calendar) by Hassan Bin Maslah by the order of Imam Mahdi (AS), the Twelfth Imam of the Shiite Muslims.

His Excellency recommended his Shiites to come and pray in this mosque, and he has said: “whoever prays in this place, it is as if he has prayed in Ka’bah”.

That’s why his countless needful lovers take refuge in this mosque and find the realization of their prayers under the attentions of His Excellency.

The building of this mosque has been changing over the centuries, it is now considered one of the largest mosques of Iran in which the lovers of Imam Mahdi (a.j).