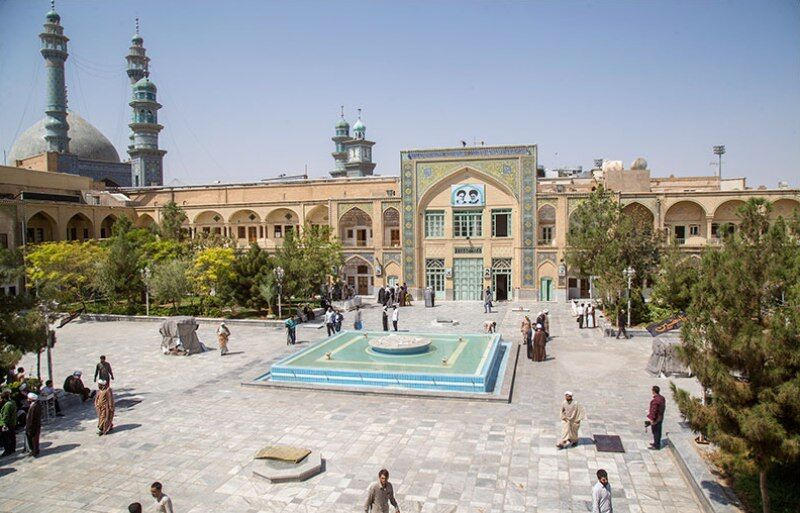 Shiʿa Seminary or al-Ḥawza al-ʿIlmīyya (Arabic: “الحوزة العلمية”, Farsi: “حوزۀ علمیه”) is the title given to the Twelver Shi’a educational institution which involves teaching religious ideas and educating religious students. Due to the importance of religious teachings including fiqh (Jurisprudence) , theology and Quranic sciences, a special educational system has been developed for this institution during Shi’a history.

Usually financial expenses of seminaries are covered through obligatory religious payments and donations of religious authorities.

There are relations between minor and major seminaries. Religious students usually begin their studies from smaller schools and later go to bigger schools to complete their education.

Seminaries of Qom, Najaf, Baghdad, Hillah, Jabal Amel and Isfahan have been the most important Shi’a seminaries and each has been the total authority of all Shi’a for a while. Every seminary usually manages some schools.

Levels of education in seminary are, Muqaddamat (the preliminary level), Sath (the intermediate level) and Kharij lessons (the advanced level).

The term “al-Hawza al-‘Ilmiyya” (Arabic: الحَوزة العِلمیَّة; meaning: place of knowledge or gaining knowledge) in later usage has been used for Twelver Shi’a educational institution even though the essence of such an institution existed for centuries. The word is a common name among Shi’a and refers to the religious learning center.

There are evidences suggesting that such a usage dates back to a hundred years ago when Shaykh ‘Abd al-Karim Ha’iri established an institution in Qom in 1313 Sh/1934, and called it in Farsi “Jami’a-yi ‘Ilmiyya-yi Qum” (scholarly university of Qom). Usage of the title “al-Hawza al-‘Ilmiyya” started years after that.

Shi’a seminary’s teaching system has always been text-based and the first step for a student is to acquire the power to properly understand the text. Shia Seminaries focus on certain texts and use commentaries on text-books. These texts have been written by top teachers of seminaries and have often had complications in understanding which are explained by teachers so that mastery of teachers is evaluated by their competence in explaining the complications and the students are evaluated by their competence in interpreting these texts.

Seminary schools: schools are the most important teaching places in seminary educational system. In the last centuries, Shi’as have had many schools. Their founders were sometimes government officials, businessmen, landlords, and sometimes Islamic scholars. Sometimes, it is seen that people from other classes such as physicians, artists, etc. have built schools. Library was the greatest benefit of schools in addition to their educational activities. Teachers’ payments and students’ stipends have been paid from donations to the school. Students’ rooms for living have been another privilege of seminary schools over other educational institutions.

Mosques: one of the functions of mosques at the beginning of Islam has been educational. Using mosques for teaching different Islamic sciences has always been a good option for Shi’a scholars. Especially when Shi’a has been experiencing difficulty and lack of schools, mosques have been used to maintain circles of teaching and learning. Despite the convenience of seminaries, Shi’a scholars and authorities have always preferred mosques over seminaries for the spirituality of mosques.

Imam Khomeini’s class in A’zam Mosque of Qom are one example. Today, many Kharij classes of great seminary scholars are held in mosques.

Private places: In addition to public places, seminary classes have been sometimes held in private places. Most common private places for holding classes have been the houses of teachers. Using private places instead of schools have sometimes been because of the special rank of the teacher and sometimes because the class has not been put among common programs, or because schools’ regulations did not allow including those classes; for example, lessons such as philosophy has been taught in private classes in those cities where teaching philosophy has been prohibited. In the last centuries when teachers made living through business and not just teaching, their classes were also held in their workplace in the market where was also used by students as the place of gathering as well.

Other places: Sometimes, classes have been held in other public places such as the courtyards of the holy shrines of Imams, their progeny and graveyards of Shi’a scholars.