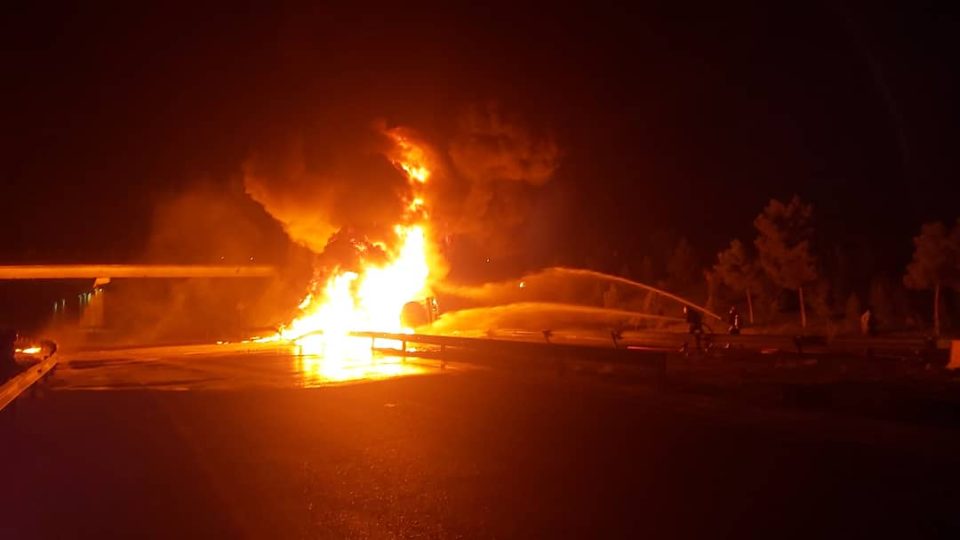 With the ceaseless efforts of the firefighters, the huge fire was completely put out and the trailer was moved by heavy cranes and the driver’s body was handed over to the cemetery agents, the spokesperson of Qom Municipality’s Fire Department and Safety Services says.

Hamid Karimi made the announcement touching upon the collision and overturning of a fuel tanker trailer at Imamzadeh Shah Jamal intersection.

He informed about the collision of a truck carrying fuel in Qom and stated, “This collision caused a massive fire in the place, which was reported to the Qom Fire Command Center at 20:57 and the first fire truck arrived at the place at 21:02.”

The spokesman went n to add that agents of the petroleum products center of the province also sent an operational vehicle and foam to extinguish the fire.

The official pointed out that unfortunately, the truck driver died in this incident.

He reiterated that with the ceaseless efforts of the firemen, the fire was completely extinguished and the trailer was moved by heavy cranes and the driver’s body was removed from it and handed over to the cemetery.