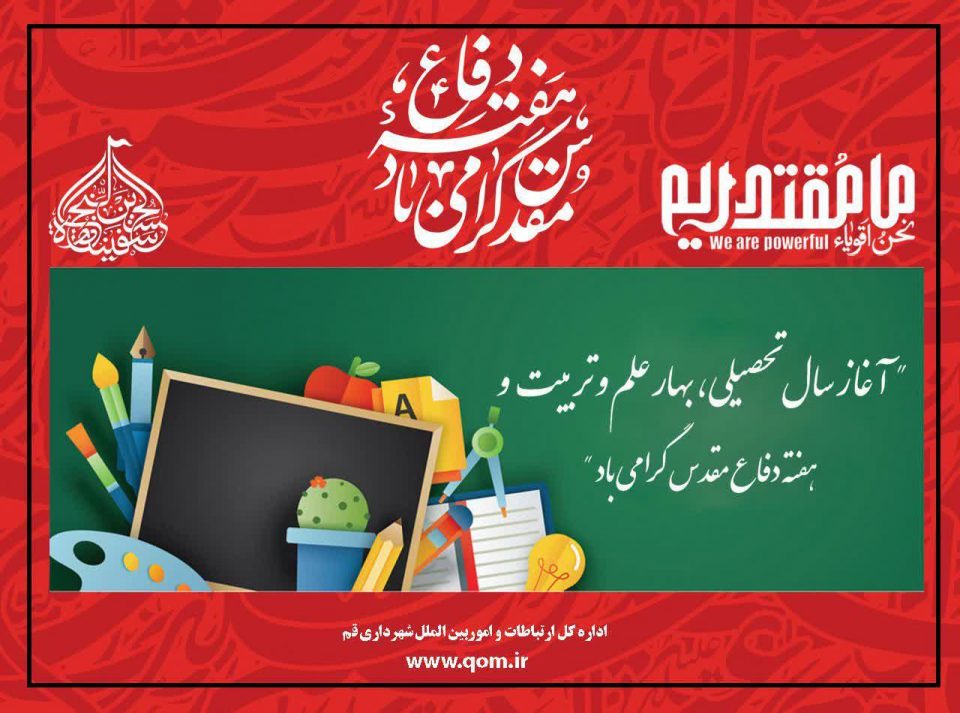 On the occasion of Sacred Defense Week, Arbaeen, and the beginning of the new school year, Qom municipality has taken measures to create an advertising space.

Qom municipality, in collaboration with the responsible organizations, has installed more than 1,300 square meters of banners in the city to do environmental advertising.

The advertising banners were installed on 130 advertising structures, including strawboard, bridge deck, etc., with the cooperation of institutions such as the Islamic Revolutionary Guard Corps (IRGC), Martyrs and Veterans Affairs Foundation, National Congress of Martyrs of Qom Province, Foundation for the Preservation and Publication of Sacred Defense Works and Values, and Department of Education.

Commemorating the memory of the martyrs, introducing the martyrs, honoring the veterans’ services during the eight years of Sacred Defense, and paying attention to the transmission of martyr culture and martyrdom to today’s generation were among the most important issues that have been considered in creating the urban space in the city of Qom.

The Holy Defense Week is an annual event held to commemorate eight years of resistance against the invasion led by the former Iraqi dictator who imposed the war on Iran from September 22, 1980, to August 20, 1988.

The Day of Arbaeen rolls around 40 days after the Day of Ashura, which marks the martyrdom anniversary of Imam Hussein (AS), the grandson of the Prophet Mohammad (PBUH) who was martyred in the Battle of Karbala on October 10, 680 (Muharram 10, 61 AH), nearly 14 centuries ago.