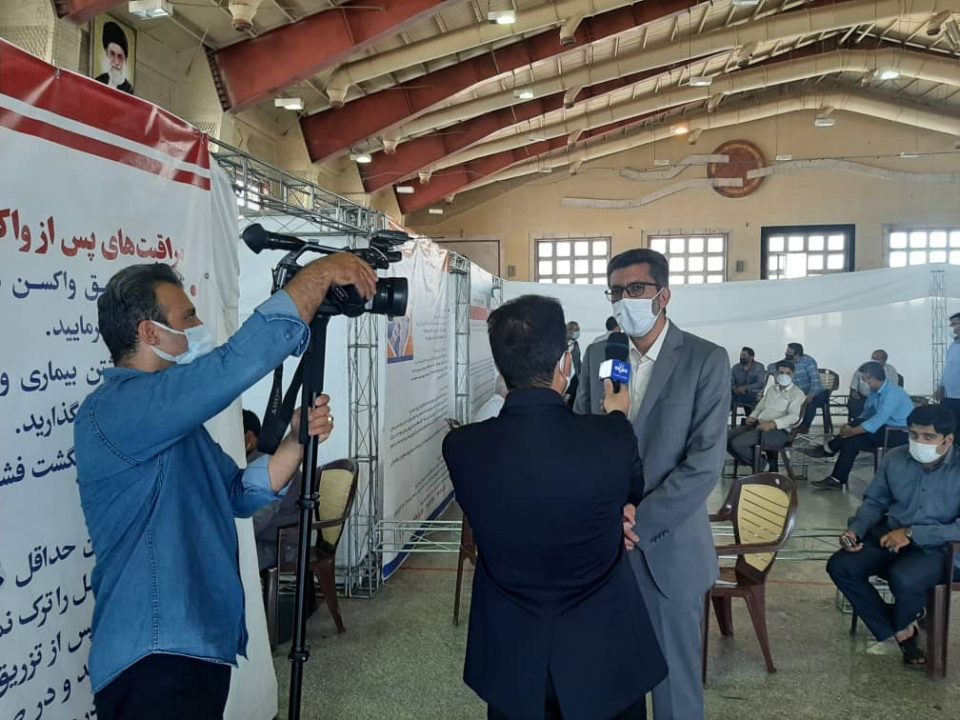 Qom Municipality Deputy of Transportation and Traffic has announced that the vaccination of public transport drivers began in the city of Qom.

Touching upon the significance of public transport drivers’ vaccination, Abbas Zakerian said as Qom University of Medical Sciences obtained the license, Covid- 19 vaccination will be done for all drivers of the Qom transport fleet, including bus drivers and taxi drivers.

Bus drivers of the city of Qom started to get vaccinated from July 22, he noted, adding the vaccination of taxi drivers, school services and truck drivers will be done in the next two days.

He went on to say that various meetings have been held with the presence of the officials of the municipal transportation department with Qom University of Medical Sciences in order to vaccinate drivers in the best possible way.

Moreover, the head of Qom Health Center, Siamak Mohebbi referred to the vaccination plan, saying more than 8,000 taxi drivers are expected to receive the Corona vaccine.

He expressed hope that by the end of next week, all urban transport drivers will receive the first dose of Corona vaccine.

Qom Municipality Deputy of Transportation and Traffic had previously emphasized that vaccination of public transport drivers should be a priority since they are at high risk.