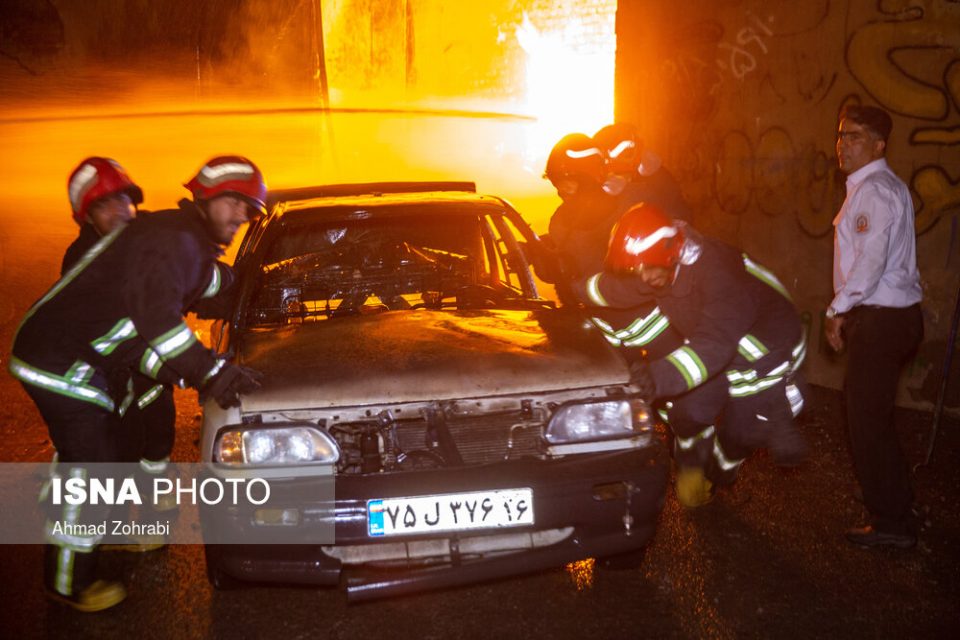 Qom fire department spokesman has announced on Thursday that fire fighters extinguished a large fire at a Liquefied Petroleum Gas (LPG) cylinder warehouse in the city of Qom.

Hamid Karimi said in an interview that the incident took place at a LPG cylinder warehouse near the Persian Gulf Boulevard last night.

As the blaze reported to the fire department, fire fighters of two stations were immediately dispatched to the area but due to the intensity of heat caused by the explosion of liquefied gas cylinders, they asked for help to stop the flames, Karimi noted.

He stated that now there are 10 heavy operating vehicles, five municipal water tankers and more than 60 firefighters that are taking part in the operation to cool off and release LPG cylinders from the area.

They also extinguished and evacuated two personal vehicles that had been completely burned in front of the warehouse, Qom fire department spokesman added.

Earlier, a huge blaze was reported in May 18 at a Liquefied Petroleum Gas (LPG) cylinder warehouse in Imam Reza Boulevard in the city of Qom that was completely extinguished by the efforts of fire fighters.