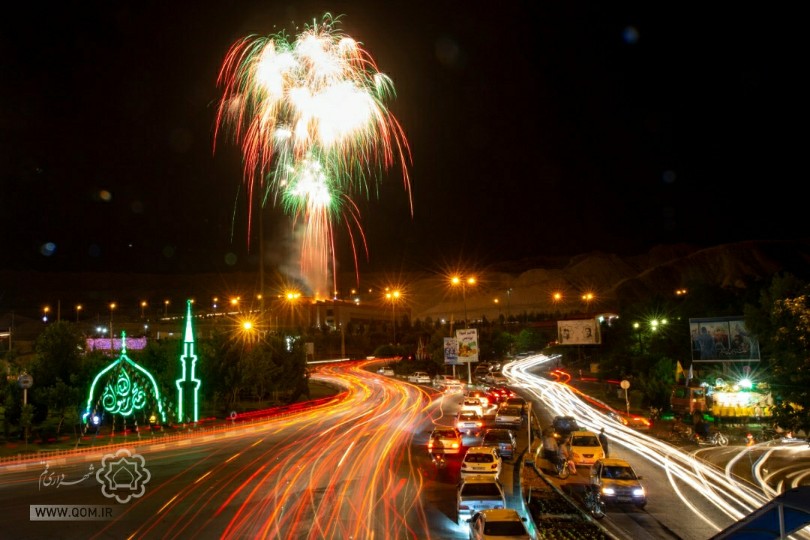 July 2, 2020. The Qom municipality official announced that the sky of Qom will light up with fireworks show on the night of Imam Reza’s birth anniversary.

The fireworks show will be held by the municipality of Qom on the occasion of anniversary of Imam Reza’s birthday.

Director General of Communications and Intl Affairs of Qom Municipality Mehdi Kalantarzadeh stated that the high-altitude (around 200 to 300 meters) fireworks Rockets set to be launched so that the fireworks show can be seen from all over the city.

He noted that these events to be held in order to strengthen the social vitality of the citizens of Qom.

The official went on to add that the sky of Qom, with taking necessary safety measures, will be lit up at 10 P.M local time on July 2.

Referring to the motivation of holding such events by Qom municipality, Kalantarzadeh asserted that acting by the order of the mayor of Qom to create enthusiasm and happiness for our citizens, we decided to illuminate the sky of Qom city in various religious ceremonies and festivals.Shia Muslims in Iran celebrate the birthday of Imam Reza (AS), the eighth successor in the Household of the Prophet Mohammad (PBUH), with special ceremonies held nationwide, especially in the holy cities Qom and Mashhad.

In recent years, large crowds of Shia Muslims from across Iran and many parts of the world, particularly from neighboring countries, traveled to Mashhad to visit the holy shrine and pay homage to the highly revered Imam, who lived from 765 to 818, but this year the ceremonies will be held with restrictions due to the outbreak of coronavirus.

It is worth mentioning that the tomb of Hazrat Massoumeh, Imam reza’s sister is located in the holy city of Qom.